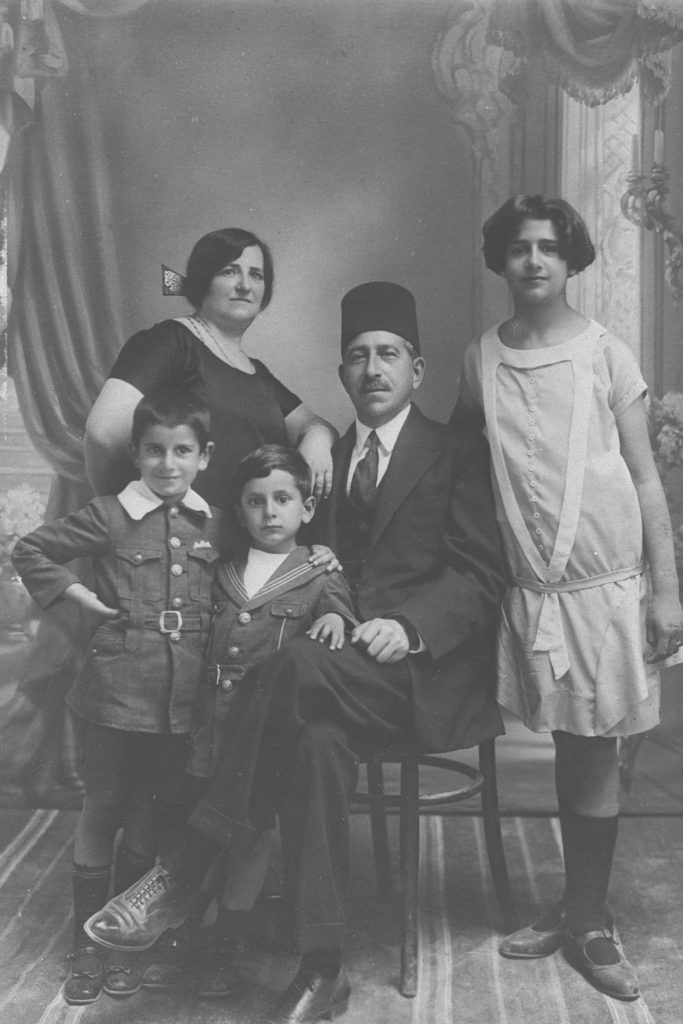 The Navon family in the 1920s. Right to left, Yitzhak Navon’s sister, Mazal, his father, Yosef, his mother, Miriam, Yitzhak, leaning on his father’s knee, and his brother Victor. Photograph: Yitzhak Navon Archive, The Association for the Commemoration of the Fifth President Yitzhak Navon

9 April 1921 Yitzhak Navon is born in Jerusalem. His father, Yosef, belongs to the Navon family, Sephardic Jews who moved to Turkey after the expulsion from Spain and have lived in Jerusalem for 300 years. His mother, Miriam Ben-Attar, was born in Morocco to a family of distinguished rabbis 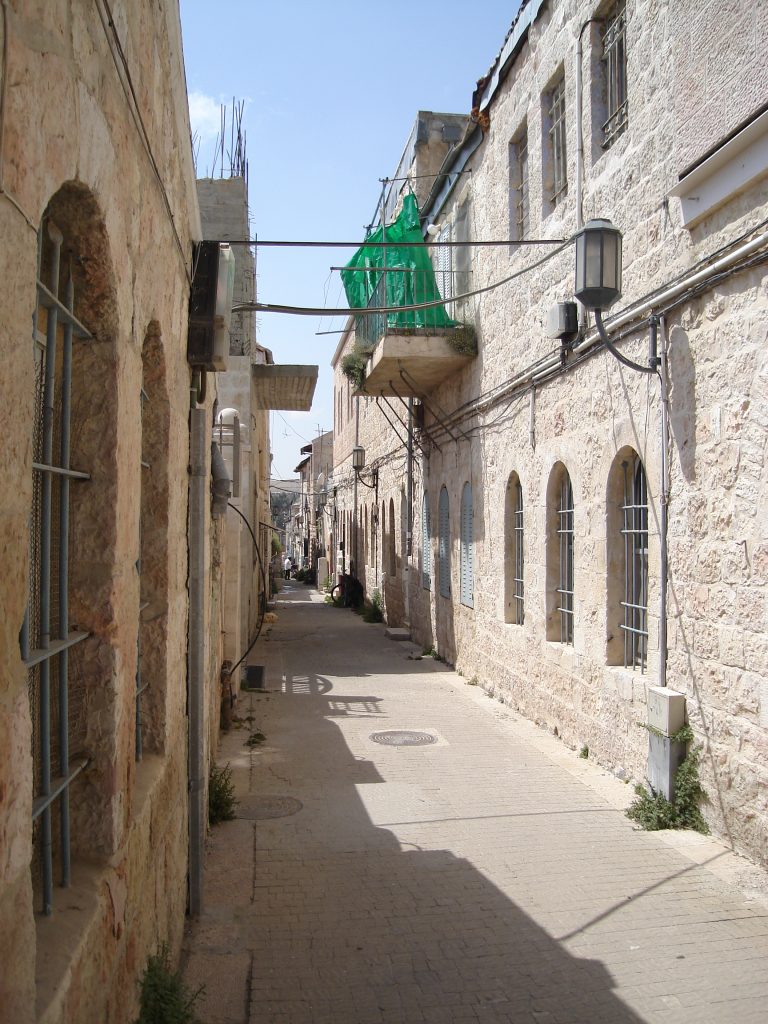 1939–1943 Studies Islamic culture, Arabic culture and literature at the Hebrew University of Jerusalem

1943 Becomes a teacher of Arabic at the Beit HaKerem school

Yitzhak Navon and his students at the Beit HaKerem school, early 1940s. Photograph: Yitzhak Navon Archive, The Association for the Commemoration of the Fifth President Yitzhak Navon

א.2 | Service in the Haganah, the IDF and the diplomatic corps

September 1948 Joins the Middle Eastern Department of the Foreign Ministry

1949 Second secretary at the Israeli representation in Uruguay and Argentina 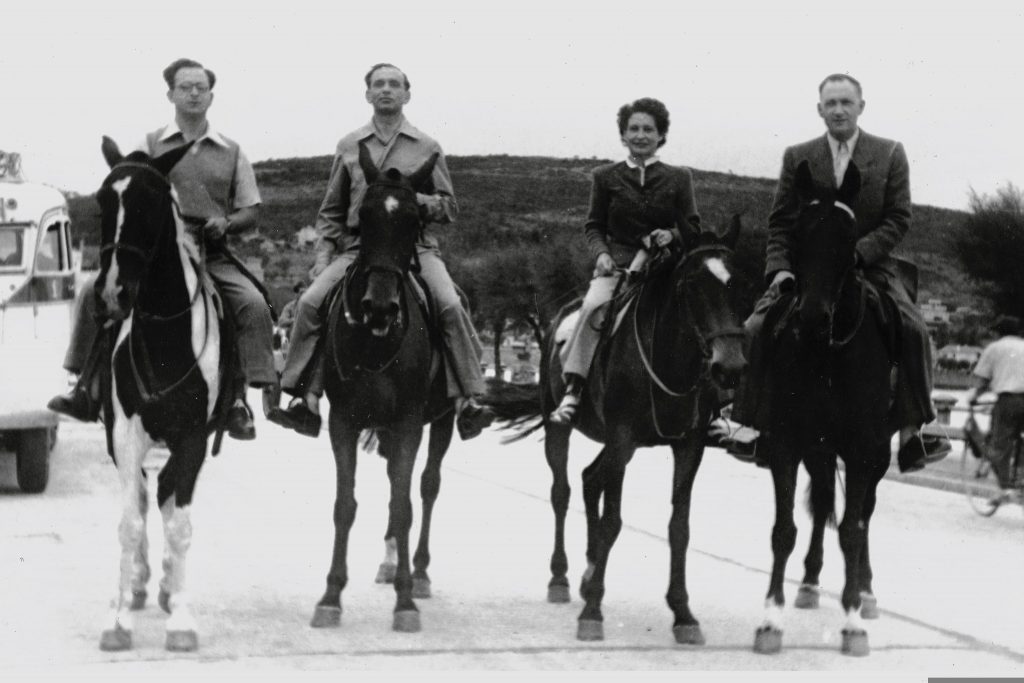 Yizhak Navon and friends riding horses during his stay in Uruguay. Photograph: GPO

First page of a lecture in Spanish by Navon on the revival of the Hebrew language, given in Uruguay. Photograph: Yitzhak Navon Archive, The Association for the Commemoration of the Fifth President Yitzhak Navon 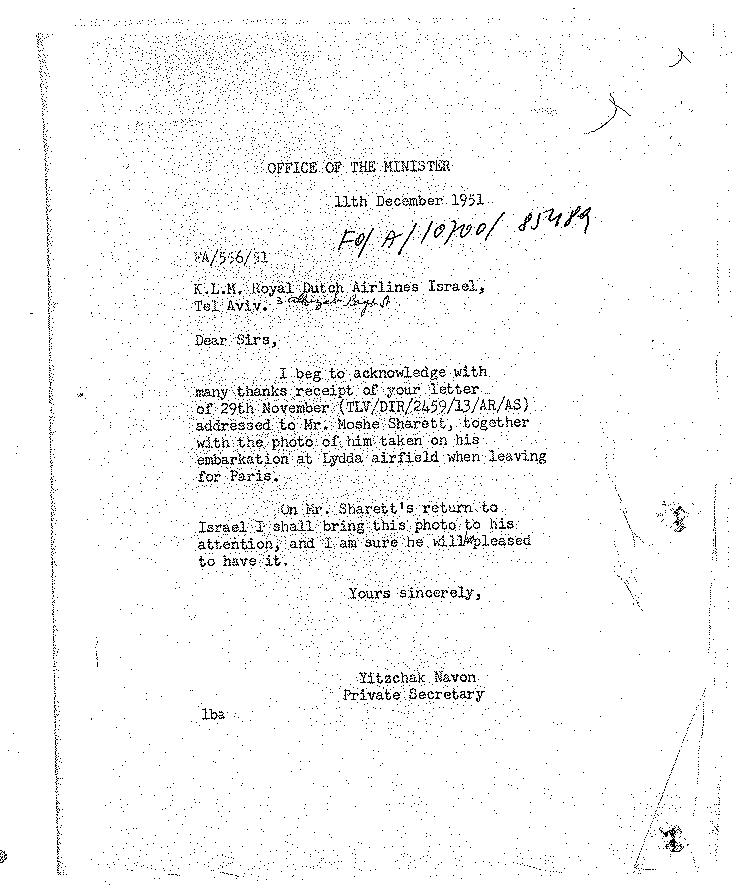 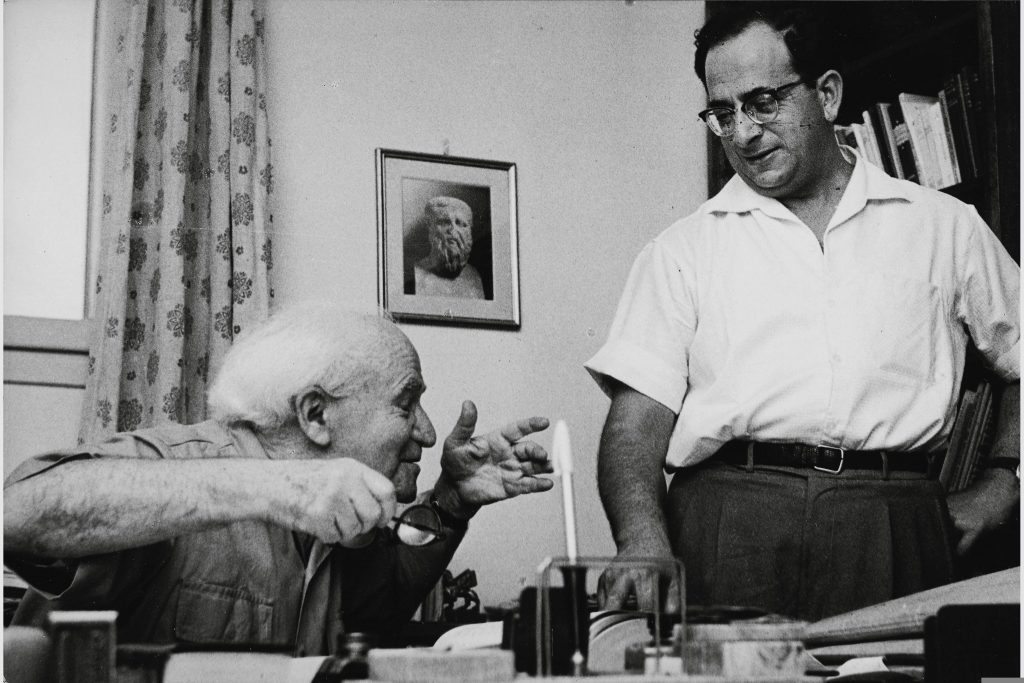 Conversation between Ben-Gurion and his secretary, Yitzhak Navon, at the Prime Minister’s Bureau in Jerusalem, 1 March 1952. Photograph: GPO

1954–1955 Ben-Gurion resigns and goes to live in Kibbutz Sde Boker in the Negev. Navon graduates from the Hebrew University 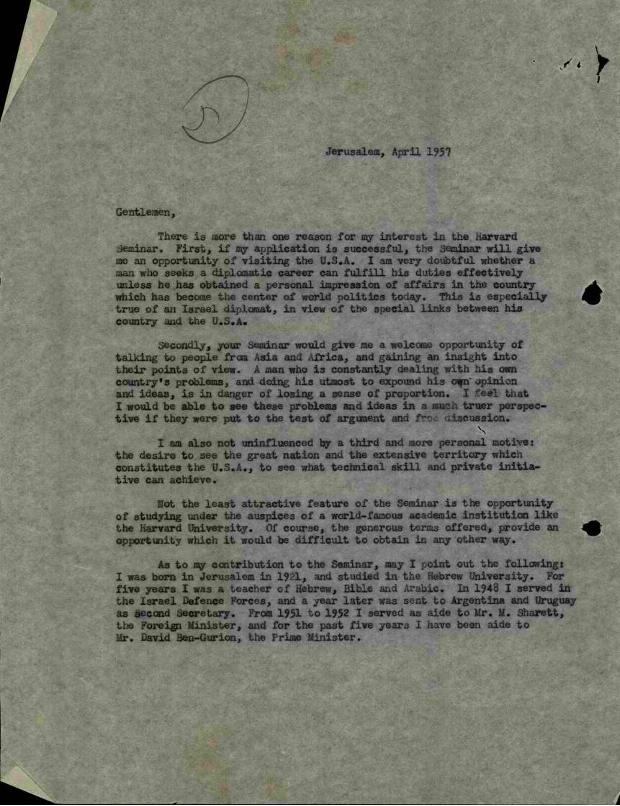 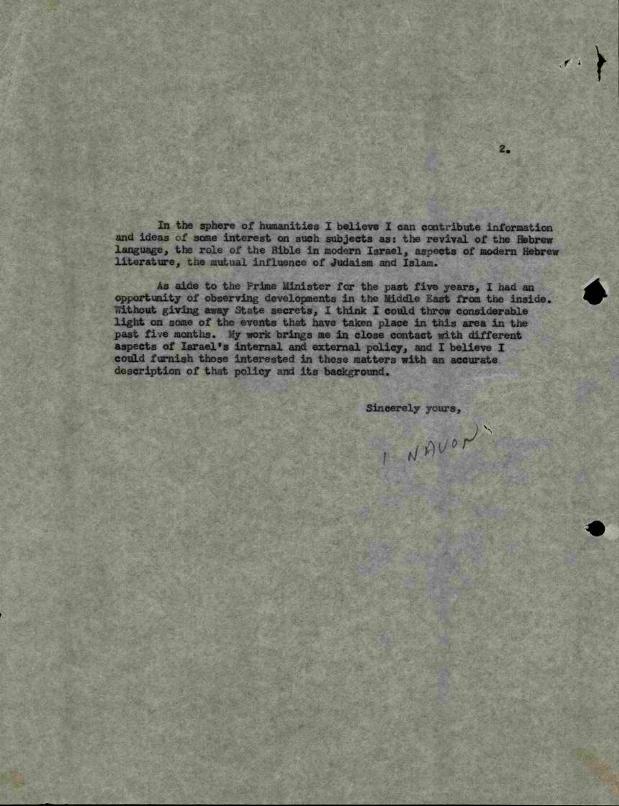 May-June 1961 Accompanies Ben-Gurion on a visit to the US, Canada, Britain and France

א.4 | Fighting illiteracy, election to the Knesset and literary activity

A pamplet about Israel’s literacy programme presented at an international conference in Teheran in 1965. Most of the students were women. ISA, Ministry of Education, G5606/5

1965 Founds the Neot Kedumim company together with Kaddish Luz, the speaker of the Knesset, and Noga Reuveni, the pioneer of nature preservation in Israel, in order to set up a Biblical nature park

1967 Publishes a dramatized fable about the war, “Six Days and Seven Gates”

1968 Rafi, the Ahdut HaAvoda party and Mapai join together to form the Labour Party

1969 Writes the text for a popular production of Sephardi folksongs and liturgical works, “Romancero Sepharadi”

A meeting of the Knesset Foreign Affairs and Defence Committee. At the head of the table, left to right, Prime Minister Yitzhak Rabin, the chairman, Yitzhak Navon, and Attorney-General Aharon Barak. Courtesy of the IDF and Defence Establishment Archive

19 April 1978 Although representing the Labour opposition, Navon is unanimously elected president at the end of Katzir’s term of office 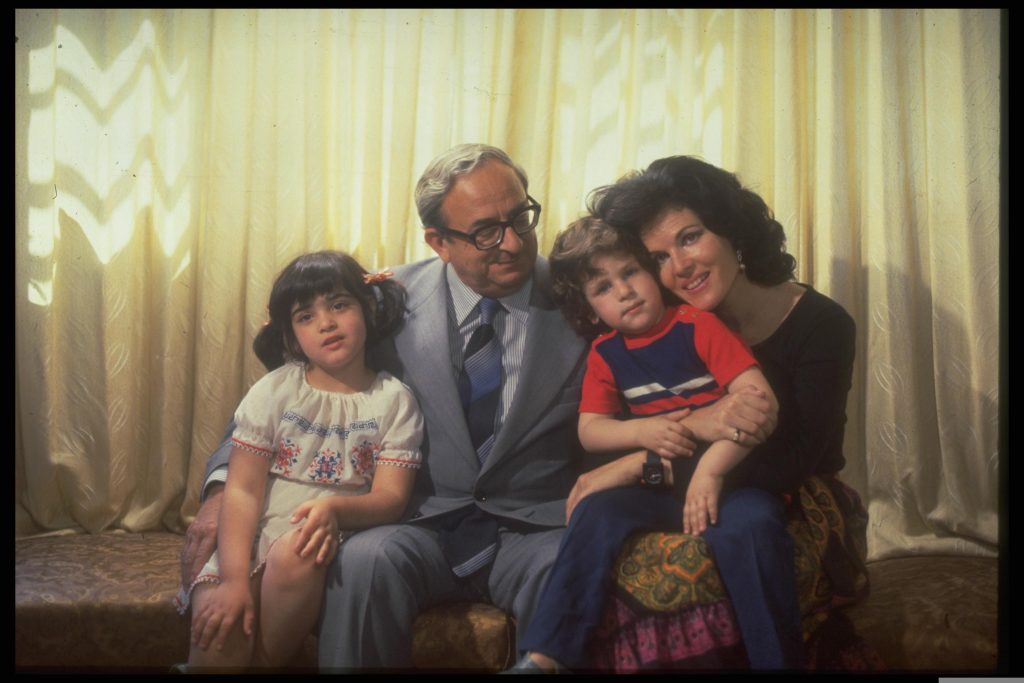 For the first time, a family with young children would move into the President’s Residence. Yitzhak and Ofira Navon with their  daughter Naama and their son Erez, 5 May 1978. Photograph: Ya’acov Sa’ar, GPO 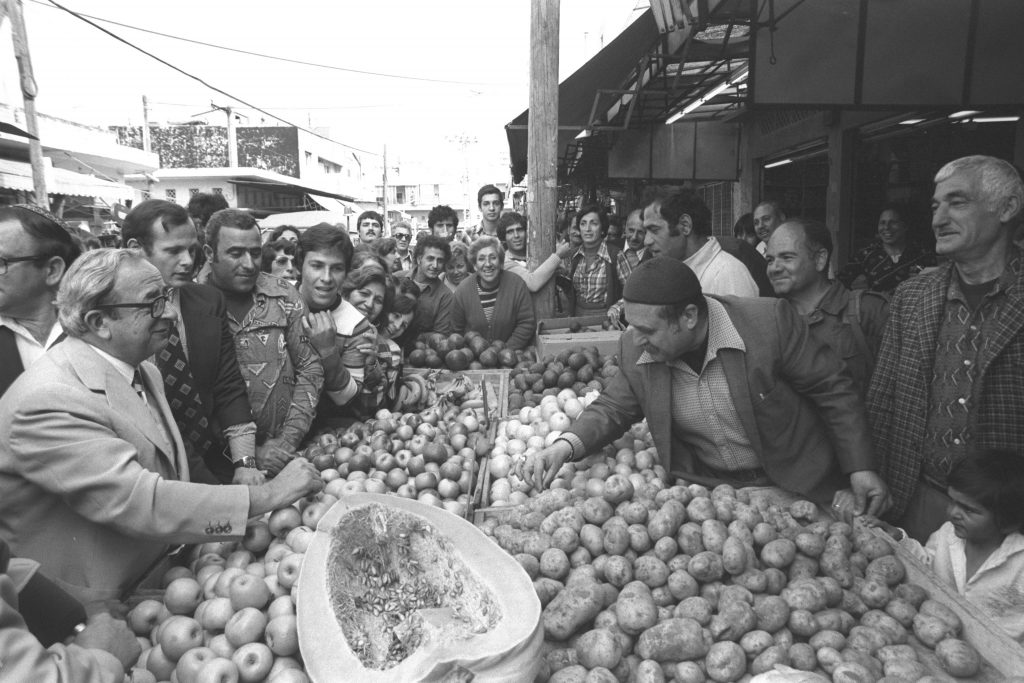 The first page of  a translation of Navon’s speech to the Arab people. ISA, File PRES 345/6

26–30 October 1980 Visit to Egypt. Navon meets with President Sadat and Vice-President Hosni Mubarak and gives a speech to the ruling party

20 September 1982 In a TV broadcast, calls on Prime Minister Menachem Begin to set up a judicial commission of enquiry following the massacre in the Sabra and Shatilla refugee camps in Beirut 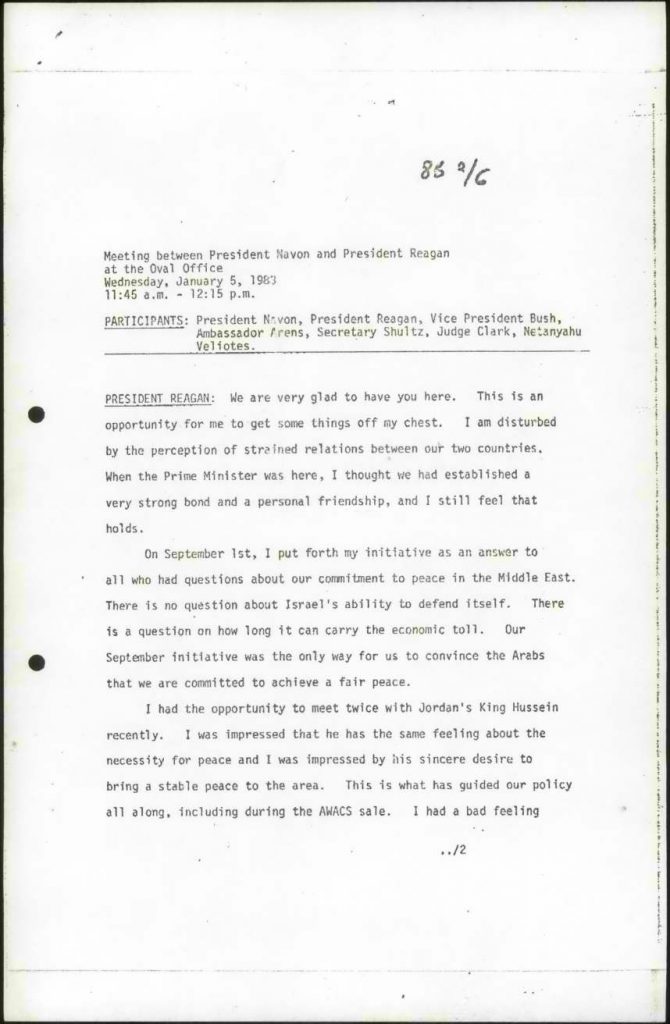 Record of Navon’s talk with President Reagan, made by the minister in Washington, Benjamin Netanyahu. At a time of tension between Prime Minister Menachem Begin and the US, Navon served as a useful channel for diplomatic messages. ISA, Prime Minister Begin-US file, A4343/3

Part of a farewell interview in the Jerusalem Post magazine, 29 April 1983

א.6 | Return to politics and the Ministry of Education

Adopts programmes to improve the education of disadvantaged groups and to expand scientific and technological education, despite severe budget cuts 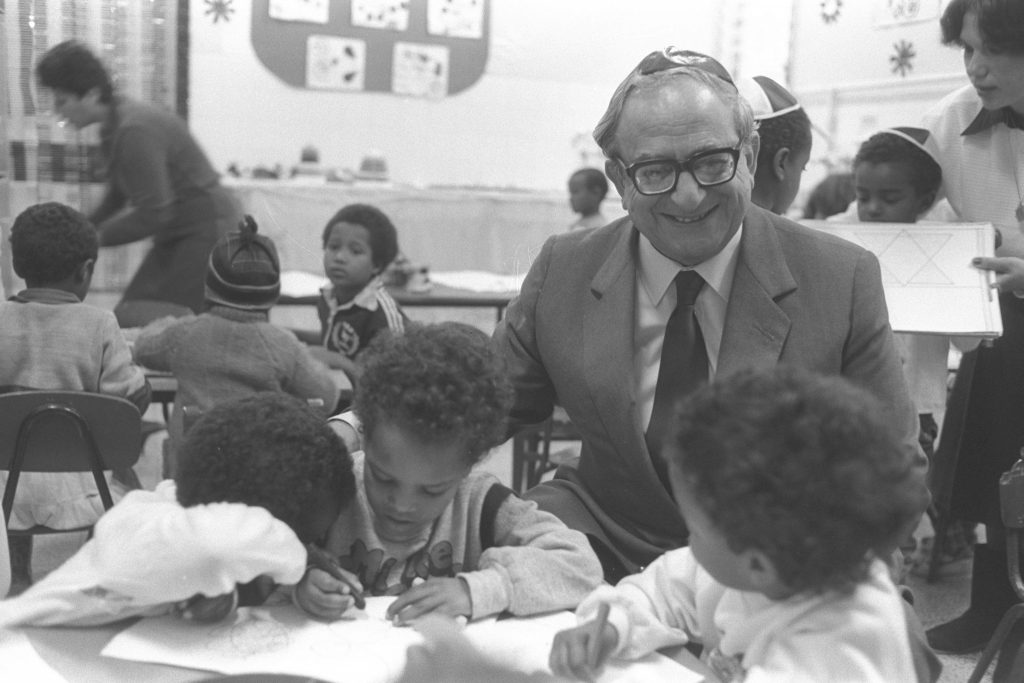 7 August 1987 Censorship on plays is abolished

1987 With the improvement in the economic situation, Navon carries out some of his plans to encourage science and technical education and to help underprivileged children

Yitzhak Navon visits a Nazi death camp in Poland, 1988. As relations with the eastern bloc began to improve, Navon encouraged school visits to Poland. Yitzhak Navon Archive, The Association for the Commemoration of the Fifth President Yitzhak Navon

1 July 1988 Helps to enact the Special Education Law, providing for the right of special needs children to be educated

13 March 1990 Peres is dismissed by Shamir following his unsuccessful attempt to depose the prime minister and to form a Labour government. Navon and the rest of the Labour ministers resign

1992 Navon decides not to stand for re-election to the Knesset. He continues to be active in public service, heading arts institutions, encouraging the preservation of the Sephardi heritage and serving as the chairman of the Neot Kedumim nature reserve until his death

The Neot Kedumim reserve near Modi’in, opened in 1984, is a popular picnic site which also educates the public about nature and the agriculture of the Bible. Here basket weaving is being demonstrated. Photograph: Moshe Milner, GPO

Yitzhak Navon and Miri Shafir at a ceremony where Navon recived a medal from King Juan Carlos of Spain. Yitzhak Navon Archive, The Association for the Commemoration of the Fifth President Yitzhak Navon

6 November 2015 Death of Yitzhak Navon and burial in the cemetery for Great Leaders of the Nation on Mt. Herzl in Jerusalem

Type your question and press ENTER to begin your search